I'm continuing my actions on this fort. And this time the British and Canadian forces cross the river from Upper Canada

Posted by irishhighlander at 15:33 No comments:

I'm stretching history a bit. I'm going to have an action by General Sullivan contine from the Mohawk valley up to the fort.
Some British, mostly Mohawk and Canadien defenders
American units from the army
Posted by irishhighlander at 15:31 No comments:

So I've decided to do a Seven Years War based action whereby the Anglo-american army will lay siege to capture the fort.
As well this will also allow me to look at the battle of La Belle Famillie
I've built 2 stone bastions  a gatehouse and a fortified barracks.
If I cant reenact this summer, I shall fight some tactical battles.

Presently, June, 2020, I have set up the 1759 campaign. The Anglo-Americans are beginning to dig
trench lines.
The French are in the process of manning their trenches and walls. The Amerindians will see about sorties against les anglais

The first turn featured the French repositioning some of their field guns to a forward position while a massive demonstration of troops were used by the British to mask the militia digging gun positions and trenches.

Posted by irishhighlander at 15:29 No comments:

While I was living in South Korea, I picked up 2 Osprey Books on Peter the Great's Army. When I moved back to Nova Scotia in 2015, I had to jetison some of my libray in order to buy food. Both books I sold to a used book store in Dartmouth.
However, I have 18th century figures which were marketed for the Great Northern War which I have painted as 18th French and English for my conflicts here in Nova Scotia.
I have enough troops as Russians and Swedish. The fun bit of this conflict is that the figures will be a mix of nationalties.

The Russians have to stop the Swedish Army advance.
Pictures to follow
Posted by irishhighlander at 07:51 No comments: 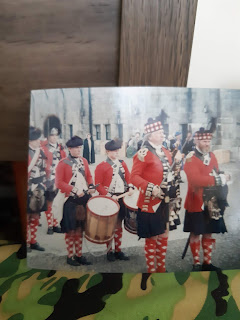 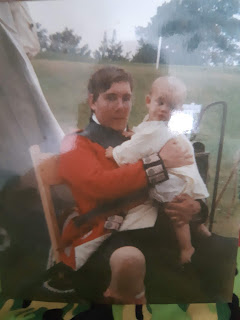 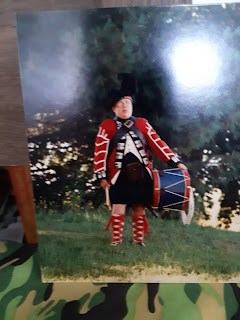 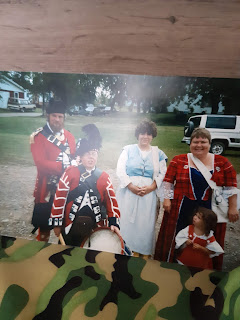 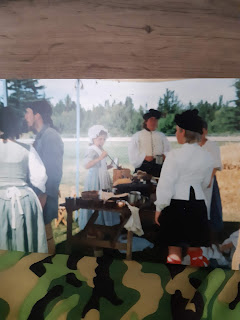 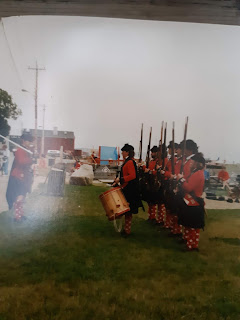 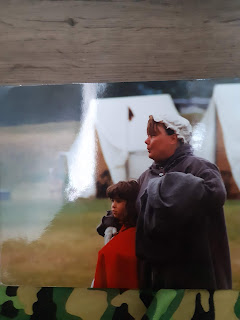 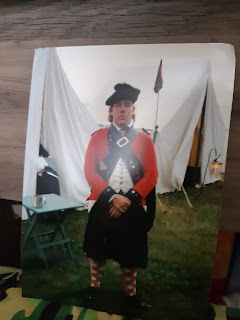 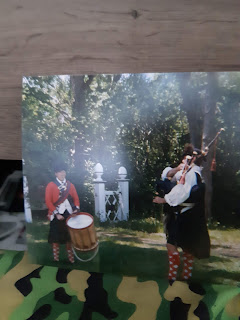 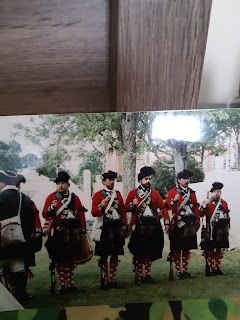 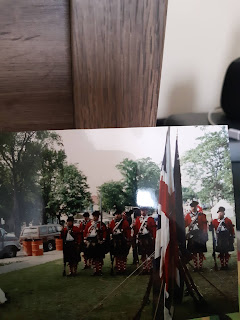 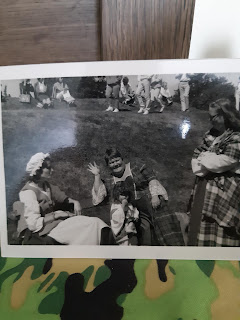 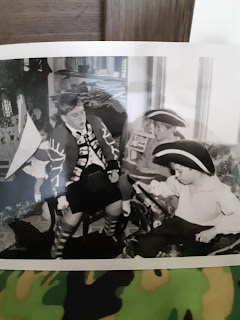 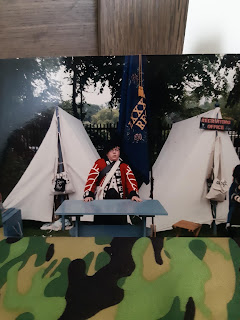 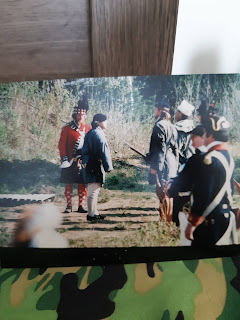 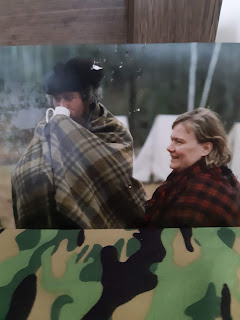 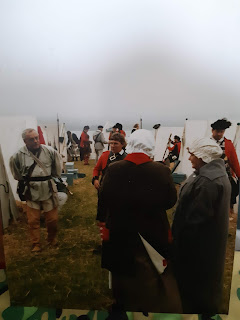 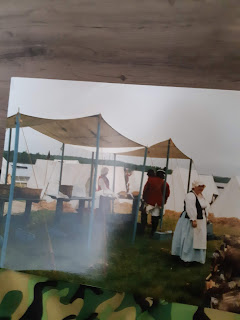 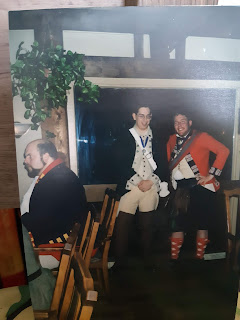 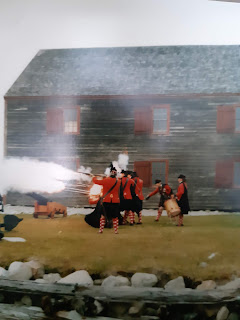 Posted by irishhighlander at 14:53 No comments:

I've gotten around to finally building a  version of Ft Agustus for the British Settlement of Canso. It consists of two bastions, and can fit 2 wooden buildings
I shall have to add a gate, palisade and a bit of plaster to smooth out the ground 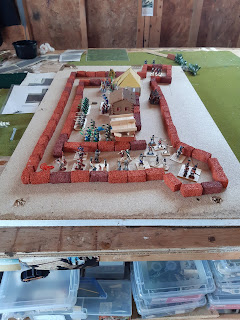 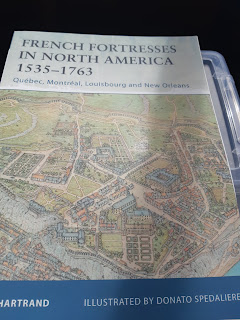 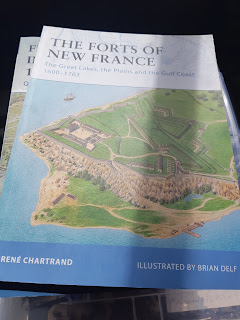 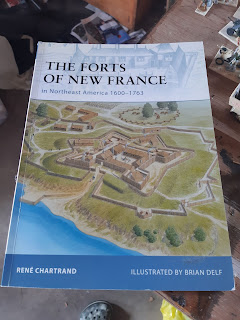 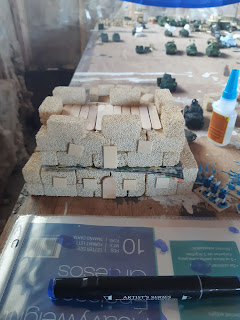 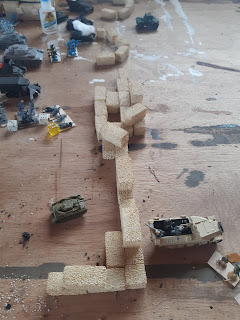 curtain work filling in as a desert work in North Africa 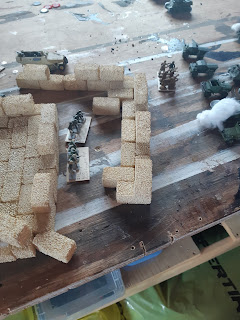 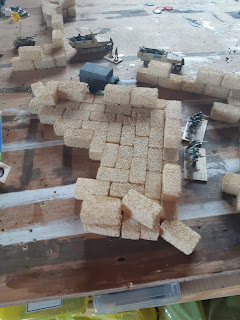 first bastion getting repaired
And a follow up will be the gate house.
Gate house has also been built.

Posted by irishhighlander at 18:08 No comments:

Email ThisBlogThis!Share to TwitterShare to FacebookShare to Pinterest
Labels: fortifications

I've stopped my WI subscription for a time

As much as I love this magazine I have to cut the subscription until I get my credit cards paid off. And with the Covid 19 crisis they stopped publishing anyway
The latest issue out is appropriate as it's about Charges!
Including this month are a sprue of Napoleonic British cavalry. Ironic because I traded my Napoleonics to a mother collector however I will build them as Canadian militia cavalry
Incidently, due to the Corona Virus, Covid-19, this magazine stopped publishing print editions due to lack of demand. Once the pandemic is over, they may revert to publishing again.

Posted by irishhighlander at 08:47 No comments:

One of the most annoying bits of history is the myth of the American frontier rifleman beat  British redcoats twice, one in the revolutionary war and then in 1812.

While sure, rifleman may have been good skirmishers, they were not effective light infantry due to their independent nature and lack of specific training.
By the War of 1812, the US army had 4 Rifle Regiments.
Their uniforms were similar to the British in that they wore dark colors to try and blend into their environment. The Americans chose either Green frock coats, black uniforms or a grey uniform.
So now I just have to get them out and take some pictures

Posted by irishhighlander at 12:28 No comments:

For my War of 1812 project my Rifles are taking shape.
The 95th took part in the New Orleans campaign and I believe that they were in Canada during 1813-1815.
From my research, the 95th Regiment served in Louisiana during the 1814-1815 campaign.
However, the 7th Battalion of the 60th Regiment served in Nova Scotia and Maine from 1814-1817.
I have them painted I just need to take pictures of them. Once the weather cooperates and I remember to

Posted by irishhighlander at 15:43 No comments:

I've had 2 issues with doing this era, distractions with other eras, and my battle with depression.
I just haven't had the motivation to finish projects however there are several from last year I will attempt to finish this year. With the current Covid 19 Crisis, my son and I should be able to get a few battles on the go.

Posted by irishhighlander at 04:35 No comments: